Todd is an avid squash enthusiast who loves playing and watching squash. More often than not he can be seen at the courts on a daily basis.

When not playing squash, Todd is a real estate attorney and investor.

Ben has been playing squash since 2015 and is an avid singles and doubles squash player. He plays weekly at the Minneapolis Club. When not on the squash courts, Ben is a wealth management advisor in Wayzata.

Tim's intro to squash was hardball singles in 1989 at the NW Racquet + Swim clubs. He then quit playing for a while to work on movies, music videos, and other incidental stuff. A pal coaxed him back into the softball singles game in 2007 and Tim's been hooked ever since. He joined the MSA Board in 2010 under the tutelage of past president, Paul A. Bischel from whom he learned a lot. Tim both plays in and administers the MSA's City League and wishes more people--of all genders, ages, abilities played squash. 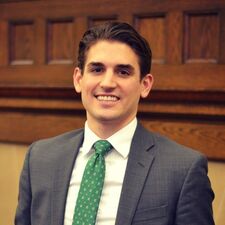 Adil started playing squash at 6yrs old in Cape Town, South Africa, just for fun with family members. In high school he played for his school and started club squash as well.He was hooked! His passion for the game was rekindled a few years ago when he was introduced to a professional squash coach.Growing the sport with our youngsters is a huge focus for him. Outside of squash he loves the outdoors and plays beach volleyball, biking, running and working out. He is a traveling IT consultant working for a startup based in St Paul. Tina started playing squash in 2011 at the Lifetime Fitness in Lakeville and found a way to get a very fun cardio workout and meet new friends. She started with a group of 3 ladies and have grown the group little by little. She found the fun and passion in squash is essential in her mental and physical health!
Tina is married and has 3 grown children and 4 granddaughters. The granddaughters will all be squash players before they hit their teens! Ivan grew up in Brooklyn NY where he played competitive tennis. While attending college he was introduced to hardball singles and played on the Fordham Rams squad. After college Ivan didn’t play much softball squash. In 2011 he was introduced to hardball doubles at his home club in St. Paul and loved it. He now plays competitively in North America.

Meet the MSA Board

Anthony was first introduced to squash while attending boarding school on the East Coast. He continued to develop his passion for the game throughout college where he served as captain of Northwestern’s squash team. Anthony is excited to help spread and develop squash throughout the State as he continues to share and grow his own knowledge of the sport. Away from the court, Anthony works in Hopkins for Cargill’s Trade and Capital Markets group.